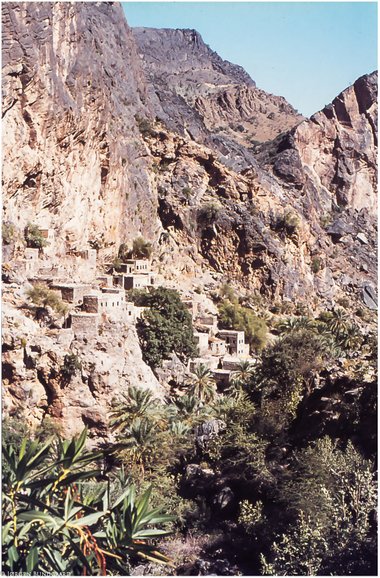 Many Arab countries have undergone rapid transistions due to oil revenues - but none of them as rapid as the Sultanate of Oman, situated at the North-Eastern tip of the Arabian Peninsular at the entrance to the Arabian (Persian) Gulf.

Oman  was opened up for Western influence only in 1970 after a period of total isolation – although prior to that the country was under the changing influence due to shifting occupants, and to Eastern and Southern trading routes.  And much longer ago a powerful region interacting with larger civilization in Persia and India.

The climate is harsh and land is barren, but relieved by green valleys, a sophisticated irrigation system and a long tradition for agriculture; I'll touch upon topics such as:

I travelled in the mountains and the deserts in the period 1976-78 and witnessed a decisive period for the country.